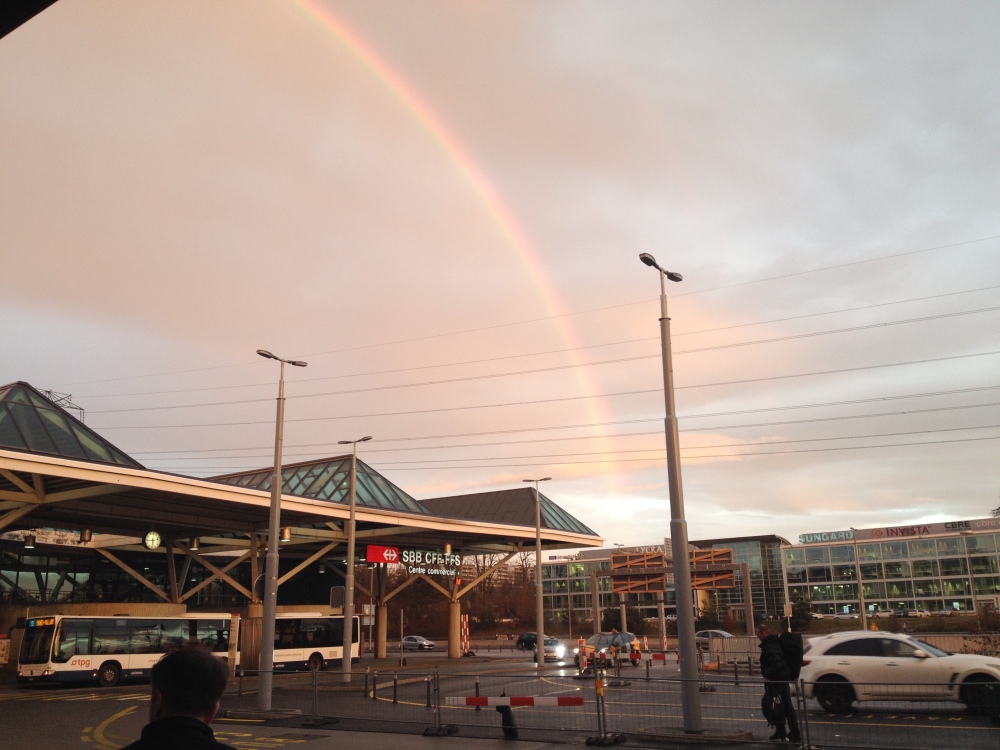 Making the decision to travel by public transport in Switzerland, was made easy for my husband and I on our last visit, because of how organised and functional it is. Research is the key, for getting the most out of your money when deciding on visiting the Jungfrau region, especially in a country as expensive as this.

Flying from the UK, it takes such a short amount of time to arrive in this highly organised European destination – meaning you can allow yourself the luxury of taking a little bit of extra time to travel to your desired location.

Car hire is relatively expensive and I discovered on our arrival, that if I had booked online before leaving the UK, it would have worked out cheaper. (Depending on which country it is, and the time of year – this isn’t always the case.)

I even tried using the EasyJet 20% discount voucher, which is attached to the seat head rest on the flights but it was still incredibly expensive to hire a compact car. What we needed was the most budget conscious and great value for money travel option, for our short haul break. Maybe if four adults or a family are visiting together, car hire would be a cheaper option than public transport.

As English is widely spoken throughout the country, you generally won’t experience language problems in the shops and ticket offices.

Remember to check out the correct terminology for the travel ticket you are looking to buy. What we call a ‘return’ ticket in the UK, the Swiss call a ‘Transfer’ ticket. If you are deciding to travel to more than one location and for a longer period of time, then a Swiss Pass is probably a better option (this will also get you a 50% reduction on most mountain top trains and cable cars).

The transfer ticket can include both the train and also the bus network.

As we were staying in Gunten,  two and a half hours away from Geneva and also roughly the same from Zurich – we were able to catch a double decker (with buffet car) directly from the station adjacent to Geneva Airport, without stepping out into the cold. If you want to take something to eat with you onto the train, take a few minutes and walk up to the supermarket located further up the concourse from the take away shop but with sandwiches around 3 euros cheaper. Bottles of water are significantly cheaper.

Leaving Geneva, there was only one change and after passing through Lausanne, we alighted at Bern and in only a couple of minutes had arrived at our next platform without ever breaking cover – the ride around the outskirts of Lake Geneva ensured our interest was embraced by the engaging vista. Approximately 2 hours after leaving Geneva and with only another 25 minutes left until we arrived in the historical city of Thun, the whole process had been made incredibly easy by the deliberately timed changes at the stations.

In Thun, the bus depot is directly outside the train station and is very well signposted. The buses lower, to enable the elderly or disabled to alight and depart easily and there are internal displays, letting you know what stops are going to be coming up or next and Swiss television is quietly playing. The displays normally list the next 3 or 4 stops, providing time limits as well. You will find that the town or village stop may either be called Dorf – which roughly translates in English as village centre or shows-Post Office. Normally both are conveniently located. All modes of transport are very clean.

As our accommodation was situated in the little village of Gunten, between Interlaken and Thun, we were lucky enough to enjoy stopping at some of the most picturesque lakeside bus stops on our trips. Well worth a bus ride.

Travelling the train and bus systems in different countries, is a joy and pleasure for me. As it offers the opportunity to engage with the locals of the area and enjoy some interesting sights. On one bus trip we observed a bunny in a basket curled up on a woman’s lap. Encountered kids of junior school age travelling alone, with their snowboards and skis. Using the system to take them to the slopes and allowed us to sit and giggle as an elderly gentleman stood seemingly stuck outside an empty bus, whilst his dog (who was fine by the way!) was stuck inside the bus on the end of the lead.

Have you travelled in Switzerland on the train and transport system, or would you like to?